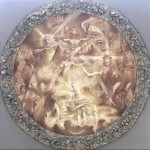 ALFA Artist Alexey Steele has been awarded the 2009 Gusi Peace Prize for Art. Steele will be flying to Manila for the official ceremonies presided by the President Arroyo. Steele was awarded the prize for his work on turning Art into a tool of International Conflict Resolution and for his “Fire of Peace” composition in the works since 2001.

The Letter of Commendation reads:

“The Gusi Peace Prize Philippine Committee has decided to award the Gusi Peace Prize for 2009 to you, for your untiring effort, working for people’s amelioration, to find peaceful solutions in fostering socio-cultural heritage and goodwill through excellence in Visual Arts. Your contribution to world peace through Visual Arts has made you a living paradigm for others to emulate, not only in Russia, but throughout Europe, Asia and the international community.”