China’s Cultural Revolution had a major impact on its people- on its wealthy people and on W. Jason Situ.  Prior to Mao Tse Tung’s effort to strip the privileged class of its status, Situ was a normal kid.  In 1966, when the Cultural Revolution began, however, his world was tossed asunder. 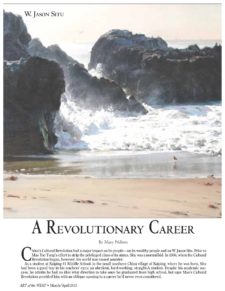