El Pueblo de la Reina de los Ángeles, The Town of the Queen of the Angels, was founded by the Spanish colonists in 1781 and was the second pueblo created in the territory of Las Californias, just four years after the founding of Pueblo de San Jose in Santa Clara County. The original Los Angeles settlement consisted of eleven families, made up of eleven men, eleven women and twenty-two children who were of Mulatto, Criollo, and African descent. They were recruited from Mexico’s Sonora y Sinaloa Province to populate the 17,000-acre ranchland with the goal of securing the territory for the Spanish Empire. 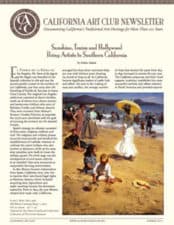