America in the mid-19th century was rapidly becoming a major economic force, and with its new-found wealth came the pursuit for culture and refined living. After all, this was a young nation with plenty of imagination and drive, but an undeveloped sense of aesthetics and nascent cultural roots. The concentration of prosperity was skewed on the eastern seaboard and radiated closely from where the nation was first colonized in 1620 in Massachusetts. By contrast, much of the western territories were rural and remote. 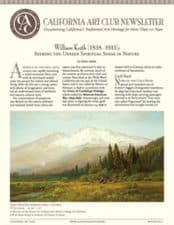