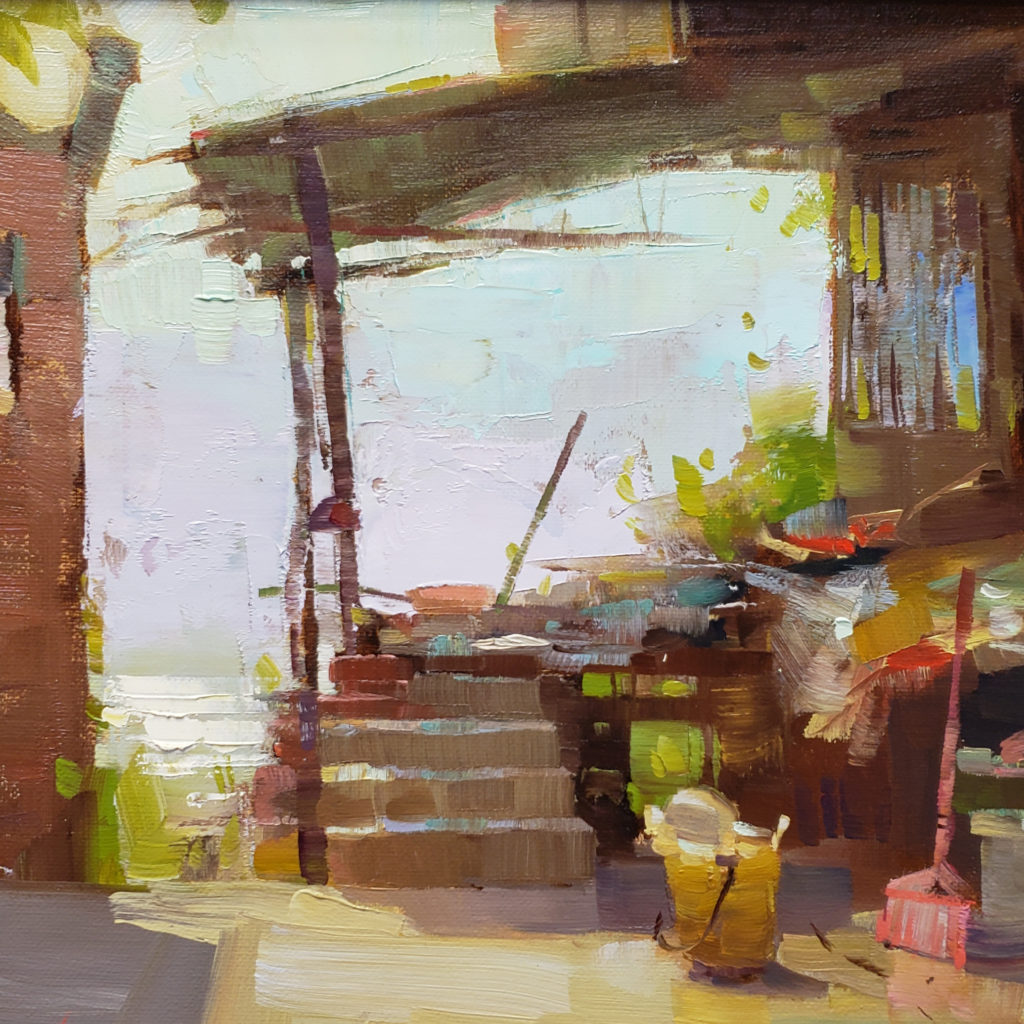 Aimee Erickson (b. 1967, Paris) is an oil painter living in Portland, Oregon. She was trained as an illustrator and has developed a warm, inviting pictorial voice grounded in traditional realism, informed by the principles of design, and inspired by nature and human experience. She holds a BFA in Visual Communication Design, and has also studied with a number of prominent painters including Sherrie McGraw, David Leffel, Burton Silverman, Joseph Paquet, William Park, Stephen Hayes, and Ray Roberts. Aimee is the first woman artist to paint an Oregon gubernatorial portrait, that of Barbara Roberts in 1997. The portrait hangs in the Oregon State House, upstairs on the legislature side. Aimee teaches studio and plein-air painting, drawing, and color theory locally and at venues nationwide. She has a particular interest in what enables or inhibits our progress as artists. How do we learn to see what we cannot yet see? How do our beliefs influence our ability to perceive? What is the role of knowledge in the realm of choice? How do we “tune in” to our artistic perception? Aimee’s work has been awarded top prizes in many national competitions, including Oil Painters of America, American Women Artists, the Portrait Society of America, and multiple notable plein air competitions.