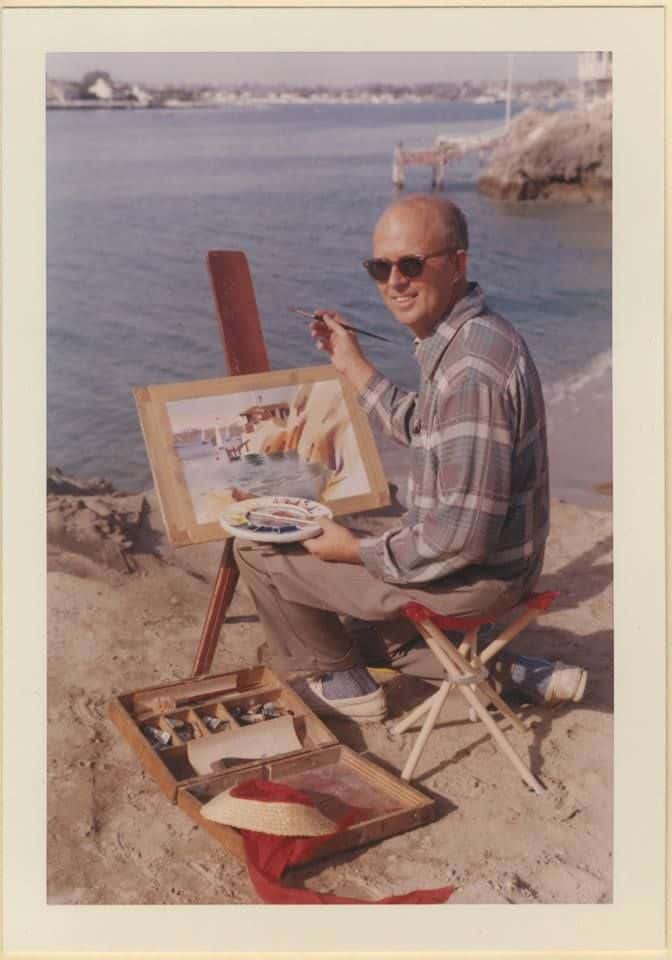 While still attending junior high school, Brandt began studying art at the Chouinard Art Institute in Los Angeles. He received his bachelor's degree from the University of California, Berkeley where he studied under modernist John Charles Haley (1905-1991), and did graduate work at Stanford University.

Rex Brandt worked primarily in watercolor and occasionally in oil. He was a member of the National Academy of Design, California Art Club (joined in 1954), American Watercolor Society, Philadelphia Water Color Club, and California Water Color Society where he served as president in 1948.

Brandt and his wife, artist-sculptor Joan Irving (1916-1995), lived in Corona del Mar and named their home, “Blue Sky.” Together, they taught hundreds of students over the years, conducting workshops in California and in the Northwest’s San Juan Islands. The Brandts were also guest instructors at the University of Southern California, the University of Vermont, the Chouinard Institute, and taught classes in Spain, Italy, France and Mexico.

In 1937, Brandt and artist Lawson Cooper organized “The California Group,” a traveling watercolor exhibition that developed interest in the California style of watercolor. in 1939 Brandt was selected as one of the premier California watercolorists to exhibit in the New York World's Fair, American Art Today Exhibition. In the 1940s, 1950s, and 1960s Brandt refined his skills and developed a unique style of painting that would bring him international recognition. After World War II, he and artist Phil Dike (1906-1990) formed the Brandt-Dike Summer School of Painting in Corona del Mar, which during the 1950s era became one of the most successful watercolor schools in California.

Brandt was a prolific writer and published more than eleven books including, Watercolor Landscape and Watercolor Technique, The Artist's Sketchbook and Its Uses, and The Winning Ways of Watercolor. In the words of Rex Brandt, “It's a good feeling, painting at my easel outdoors. Dry grasses rustle. Smells drift like wisps of smoke. The earth pushes against my shoes. The sun burns the tops of my ears.”

Rex Brandt passed away on March 21, 2000 in Corona del Mar, California. Westways magazine called Brandt “One of the central figures in California Art in the mid-20th century.” 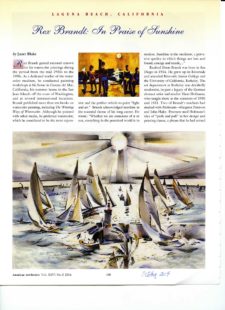 Rex Brandt gained national renown for his watercolor paintings during the period from the mid 1930s to the 1990s. A a dedicated teacher of the watercolor medium, he conducted painting … 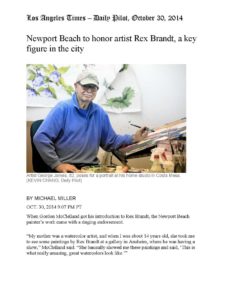 When Gordon McClelland got his introduction to Rex Brandt, The Newport Beach painter’s work came with a ringing endorsement. “My mother was a watercolor artist, and when I was about …