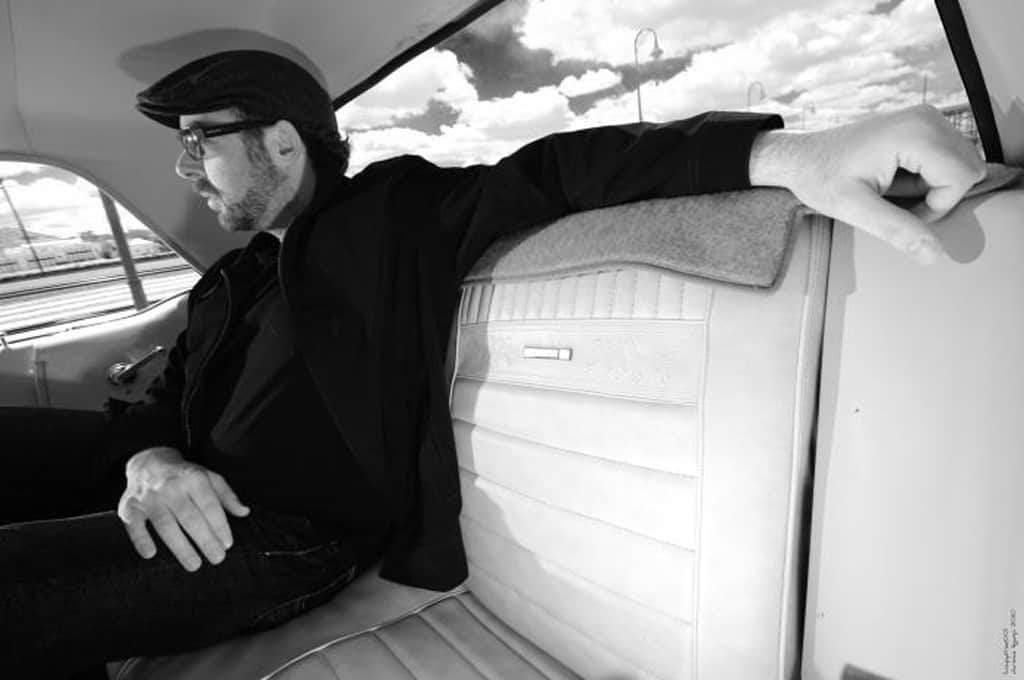 Tony Peters was born 1976 in Worthington, Minnesota. He immerses himself in the rich environs of southern California’s urban landscape. He explores city neighborhoods with artistic passion, searching for their heart and personality, and uses as backdrops the streets, train yards, river beds, and freeways of southern California.

At an early age, Peters was awarded a scholarship to the prestigious Art Center College of Design in Pasadena. While a student, he worked at the renowned Mendenhall Gallery. Since graduating, he has had a prolific career as an artist, with more than twenty gallery shows, feature articles in national magazines, and private commissions. His first love remains the urban landscape of southern California, where he continues to be inspired by the inner character and energy of the city. He is one of a new breed of young artists reflecting the urban life with contemporary stylings and artistic techniques.

His vision is inimitably his own with a perfectionist’s attention to light, shadow, color, composition, and detail. Peters’ exacting style reflects the influences of artistic icons such as Edward Hopper as well as those with whom he worked closely at the Mendenhall Gallery including Richard Bunkall, Ray Turner, and Mark Ryden. His subtly implied storylines are an enriching psychological drama of urban life. 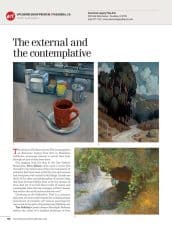 The artists in The External and The Contemplative at American Legacy Fine Arts in Pasadena, California, encourage viewers to enrich their lives through art just as they have done. 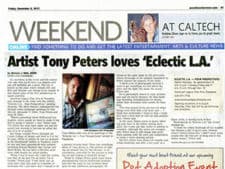 Go anywhere in the world and tell anyone who asks that you’re from Los Angeles and you will probably get a smile. The city is known as the place where … 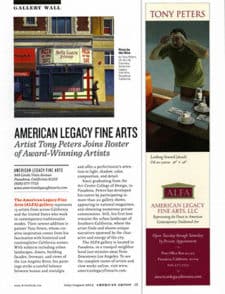 The American Legacy Fine Arts (ALFA) gallery represents 13 artists from across California and the United States who work in contemporary-traditionalist modes. Their newest addition is painter Tony Peters, whose … 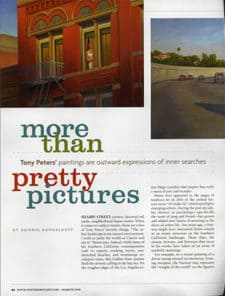 Shabby street corners, deserted rail yards, neighborhood liquor stores: When it comes to subject matter, these are a few of Tony Peters’ favorite things. “The urban landscape is my natural …