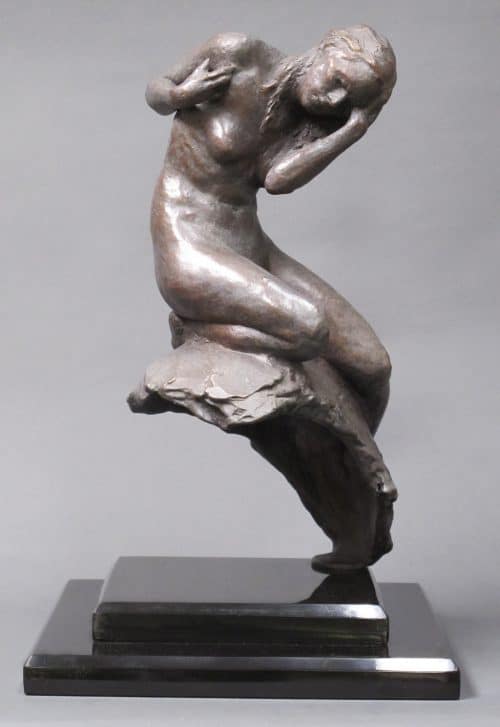 Artist Statement
"Cassandra was the first figure and keystone of the three-figure composition, The Lingering Shadows. The composition addresses the dynamics of social exclusion and isolation. This casting of the single figure alludes to the Cassandra of Greek mythology who was burdened with truths that no one would believe, and so she was isolated from those around her."
—Alicia Ponzio