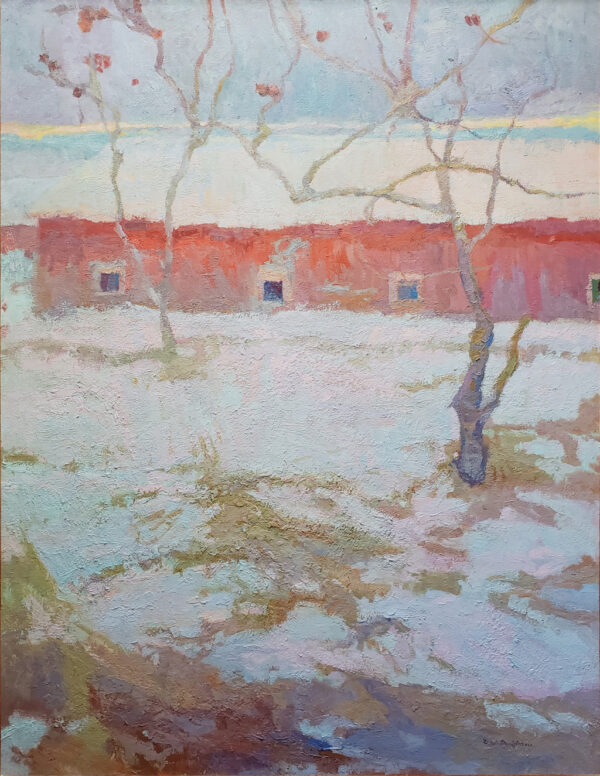 Artist Statement
"Harrison Flats Snowfall is a very important piece. It is one of a personally significant series I created based on the theme, Bearing Good Fruit in the Face of Adversity, as an inspiration to persevere during difficult times. This period and series of paintings proved to be a turning point in my life and work, directing me to perceive the world with poetic interpretation.”
—Daniel W. Pinkham

Description
Harrison Flats Snowfall can be considered as a significant work by Daniel W. Pinkham. The subject is close to his heart, i.e., family farming as the backbone of America’s economy and spirit. Pinkham shows the classic American red barn persevering through the hardship of winter, as depicted engulfed by snow. The sparse trees almost appear to be shivering, yet they have hints of growth as a promise of forthcoming spring. The snow becomes a reflection of the surrounding skies as the sun sets on the horizon – and there is a sense of peace. Pinkham’s particular style and texture make this painting an exceptional example of his work, and with its impressive size of 54 by 40 inches, the painting makes an impactful statement. 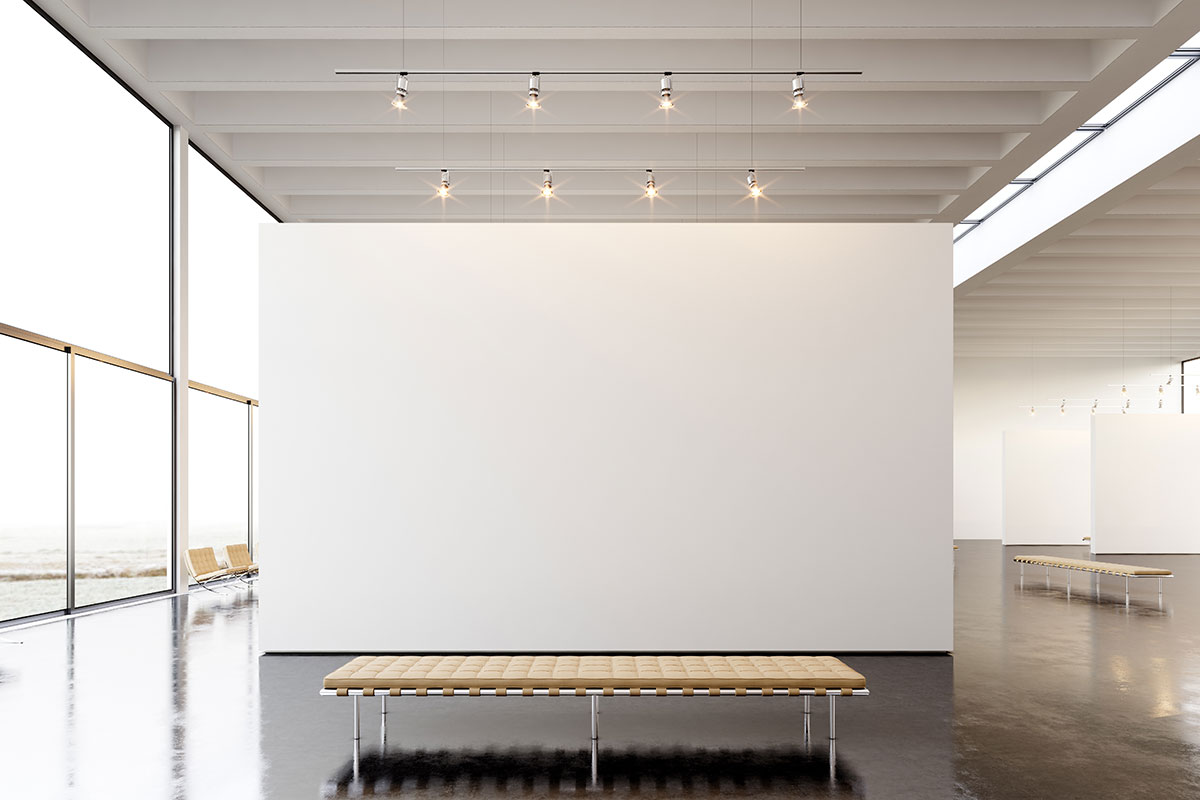 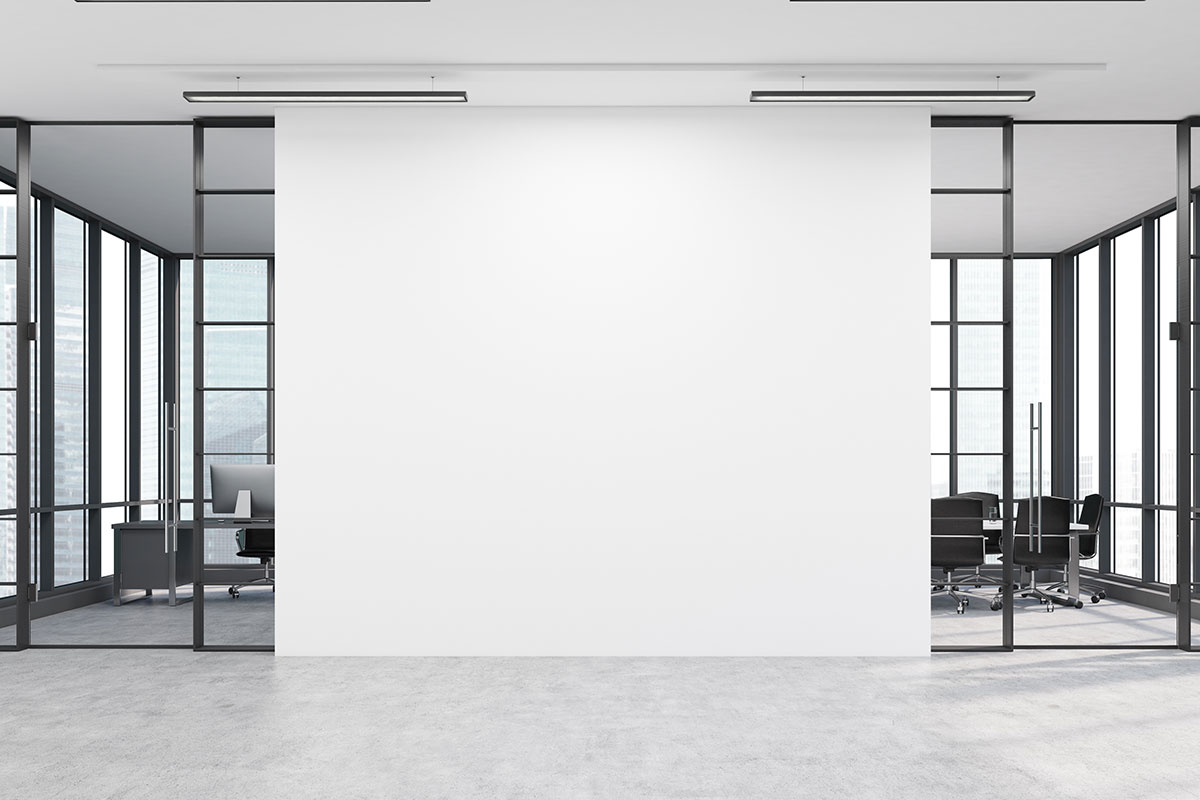