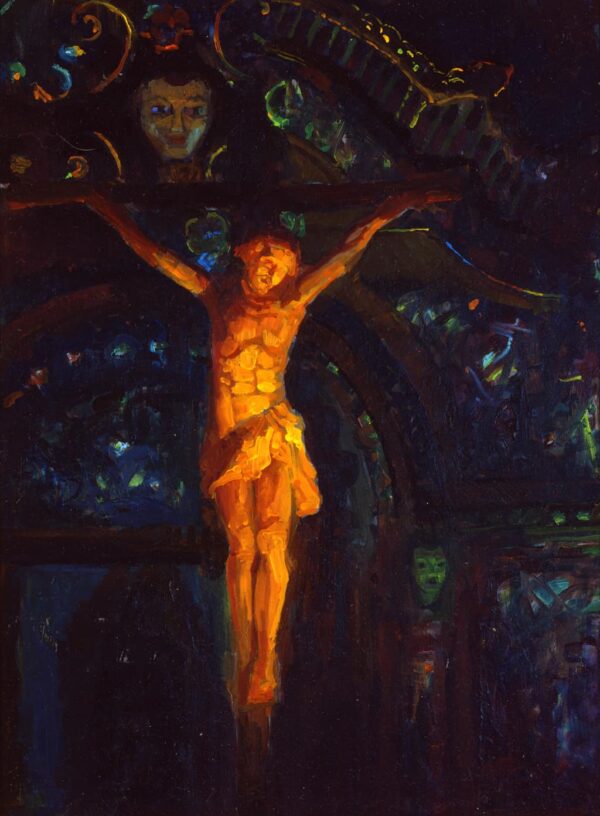 Artist Statement
“The painting was inspired by the ornate altar I saw at the Mission San Juan Capistrano’s Serra Chapel. The Chapel was built in 1777, and is the oldest church in California and the only standing church where Father Junipero Serra had actually performed mass. The altar is not original to the Mission, but was given in 1906 to the Diocese of Los Angeles as a gift from Barcelona, Spain, and probably dates from the mid-1600s. I was given special consent by the Mission to set up my own dramatic lighting after hours, late in the evening, so that I could create my own interpretation of a spiritual and somber mood. When Brother Joseph, the Mission’s first Franciscan Monk in 150 years, entered the chapel while I was painting, he became so excited over the dramatic effect that he asked me to teach him how to recreate the lighting so that he could do the same for Christmas mass.”~Peter Adams