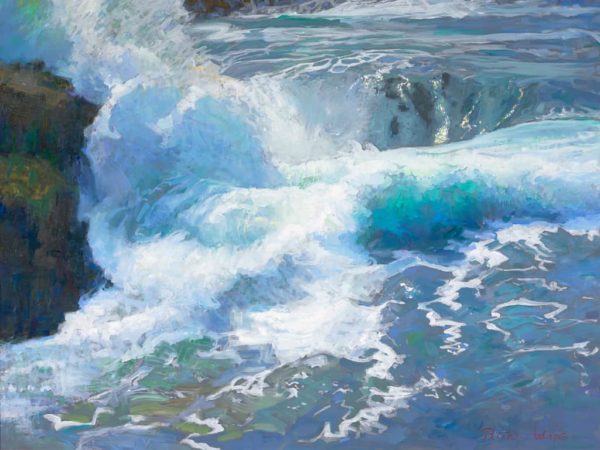 Peace in the Midst of Peril; Mendocino, California

Artist's Statement
"Growing up on the southern California coast I came to respect the power of waves at an early age. As a surfer in California, Hawaii and Mexico I learned how waves broke differently depending on a myriad of variables, such as the size and direction of the swell or the depth of water in which the wave would break. As an artist, I am fascinated with abstract foam patterns, the textural diversities of water, and the ebb and flow of surf that create endless dramatic effects. "Peace in the Midst of Peril" depicts the contrast between power and repose; the force of a wave breaking over a shallow reef, while on the outskirts there is a sense of calm."
-- Peter Adams