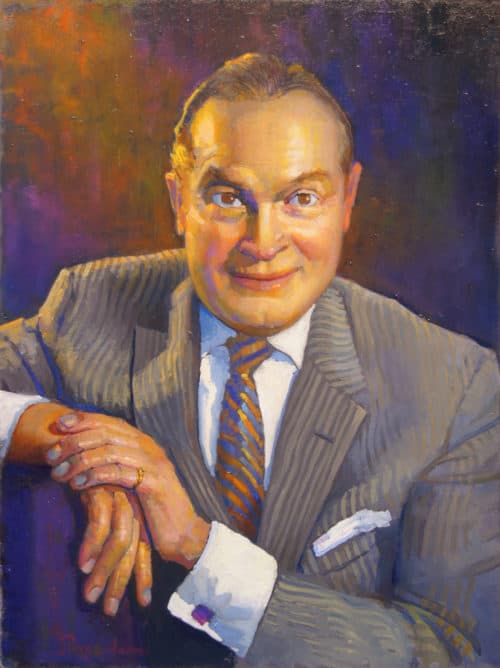 Artist Statement
“My intent with this portrait of Bob Hope was to depict him as the successful entrepreneur that he was, while at the same time show his boyish, fun-loving side that made Bob Hope arguably the most beloved entertainer of the 20th century. The slight smirk on his face with a partly open mouth is to suggest that he is about to tell us a great joke. On his left hand he is wearing a pinky ring, which he considered a symbol of success and was a staple among his fellow comic members of the Friar’s Club.”
—Peter Adams