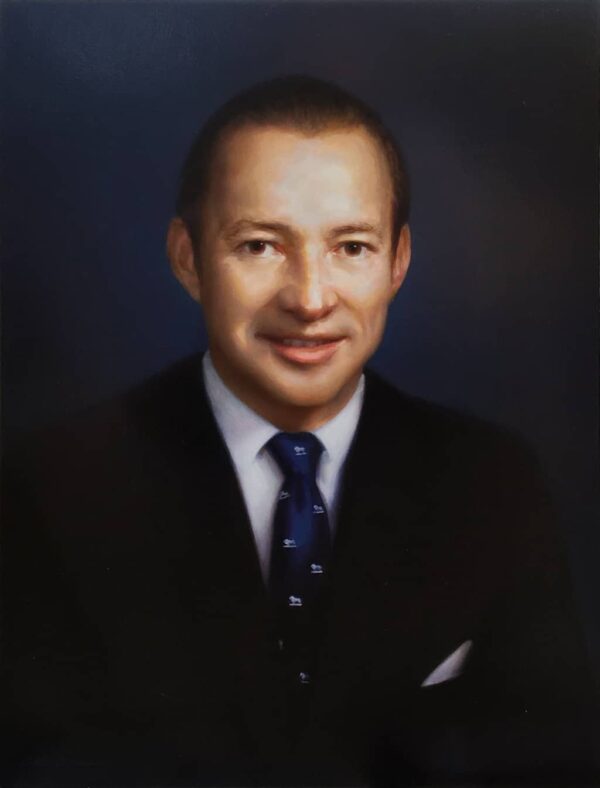 Artist Statement
"My research on William Clay Ford revealed a man who was considered by many to be sportsman who loved the outdoors and physical activity. His two favorite sports were golf and football. With his purchase and leadership of the Detroit Lions team, a new passion was born that was as personal and committed as his leadership of the Ford company. My intention was to include signs to both roles in his portrait, using the blue color common to both the Ford Company and the Detroit Lions as the dominant color in the portrait. Choosing to portray him in his signature navy blue suit and tie with the Detroit Lions logo presents him in the same way that he often made public appearances with his team at their home stadium. He was noted for his loyalty, service and love for his family and community. His character was described by many as marked with integrity, kindness and humility, which I did my best to convey in the way I painted his expression."
—Kate Sammons