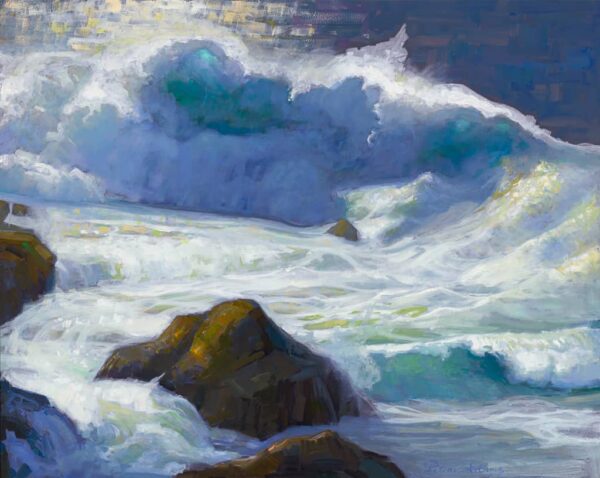 Artist's Statement
“In Northern California, the surf is often wild, powerful, and unpredictable. Swells generated by severe storms may come from the southwest and from the northwest simultaneously, and combine to form mammoth waves of extreme force. The sea surrounding these massive breakers actually acts like a white seething cauldron of foam. Yet, even in the midst of churning turmoil, there are areas of peace and tranquility. I am awed by the power of nature and humbled by it. To view and paint these breaking waves from a safe location was a thrilling experience.”
-- Peter Adams