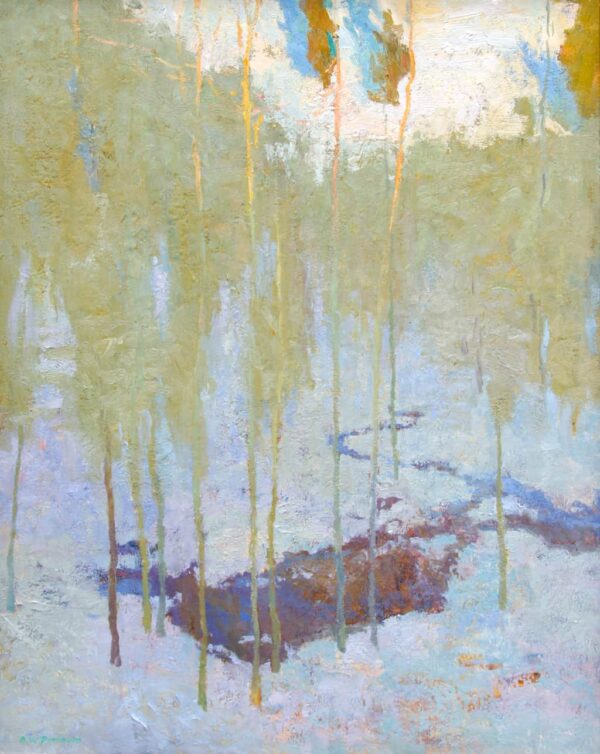 Provenance
Acquired by American Legacy Fine Arts from a private collector in Alaska who acquired the work in 2013 from Bingham Gallery, Mount Carmel, Utah

Description
Daniel Pinkham’s Snow Poem 4 painting showcases the landscape in the process of change. Pinkham masterfully creates an illusion of floating vertical portraying the scene. With the trees in the painting barely anchored in the blanket of snow the whole scene is suggesting a certain state of levitation, pulling the viewer along. Meanwhile, the dark patches of soil can be seen peaking out through the show covered glade, which alludes to the possibility of a rapid change of the scenery. In Snow Poem 4 the state of transition demonstrates the ephemeral quality of nature’s beauty.