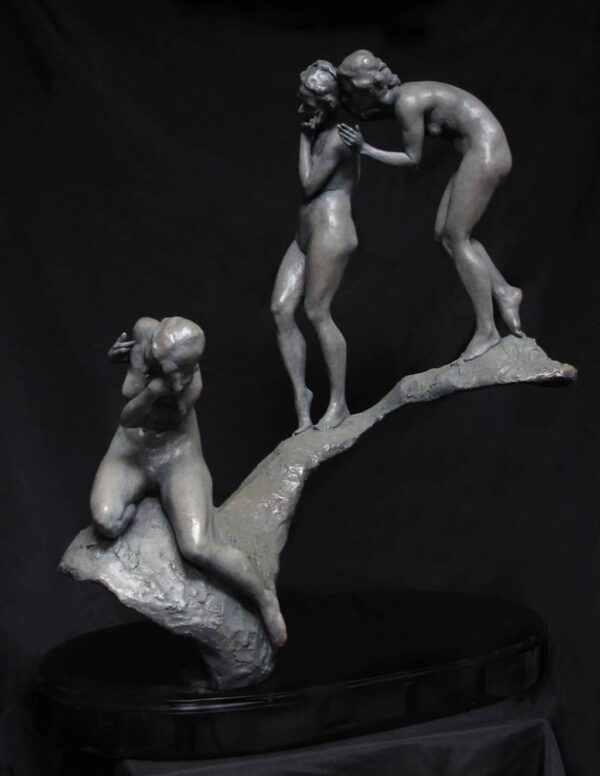 Description
The Lingering Shadows is a small-scale, bronze figurative composition involving three female figures arranged on a strong diagonal that arcs upward from a horizontal oval base. The base, made of Belgian marble, is pure black and has a similar quality to still water reflecting moonlight. The figures are grouped to suggest that two of them are excluding the third and mocking her, while the pose of the third figure reveals her emotional response to the situation. The placement of the two grouped figures is higher on the diagonal arc, describing the power gradient between the figures.